Leaving luggage behind: My spring books 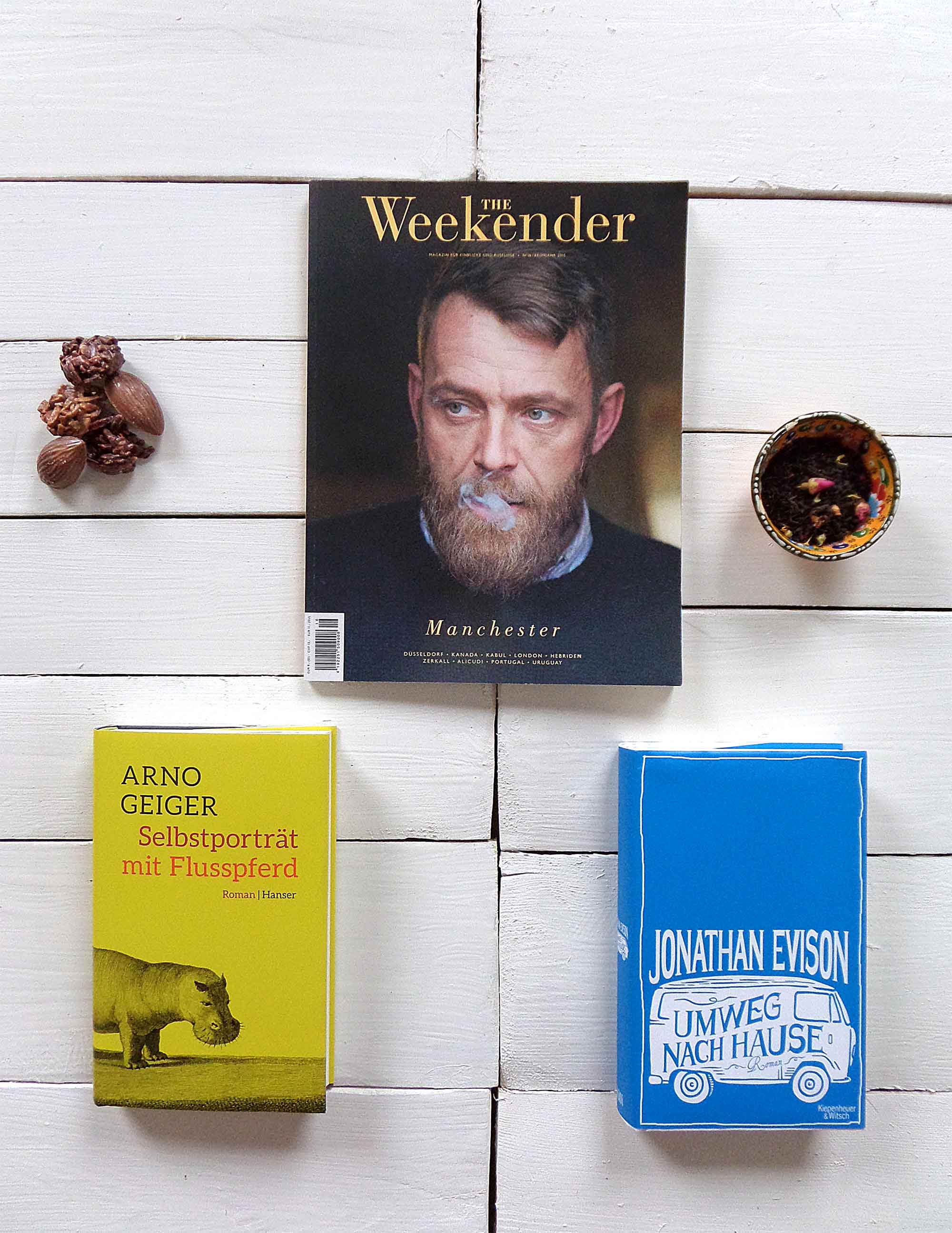 Two days and a 71% solar eclipse ago, spring officially started, at least in theory. Looking out of my window it rather looks and feels like early autumn. Never mind, I’ll postpone my bicycle tour and strolling around in my new spring outfit and instead celebrate the start of spring indoors with the heater  turned up to 22°C, a freshly boiled aromatised black spring tea, tasty Swiss choclate and travelling to other people’s lives by reading.

Selbstporträt mit Flusspferd by Arno Geiger: After a long time I found an author (although Austrian;-) that knows how to use the German language and how to create vivid pictures in the mind: 32 year old Julian travels back in time to his early twenties when he split up with his girlfriend he admired so much for her stable self while he was drifting. Who was I back then? How did I feel?Geiger hit the nerve of the inside of a 22 year-old as I experienced it. I realised that some things got really easier since then although the time studying retrospectively often seems the most unburdened time.

Umweg nach Hause by Jonathan Evison (English original title: The Revised Fundamentals of Caregiving): On this one week road-trip every passenger has his personal luggage to carry (I would say the size of the biggest Gregory backpack available) and demons to fight. After the week each person is smarter in regard to their demons, got rid of part of their luggage, made new friendships and goes back to their lives with new energy. What also made me smile is how each character is described in the front inside-cover of the book including the position in the car they occupy. 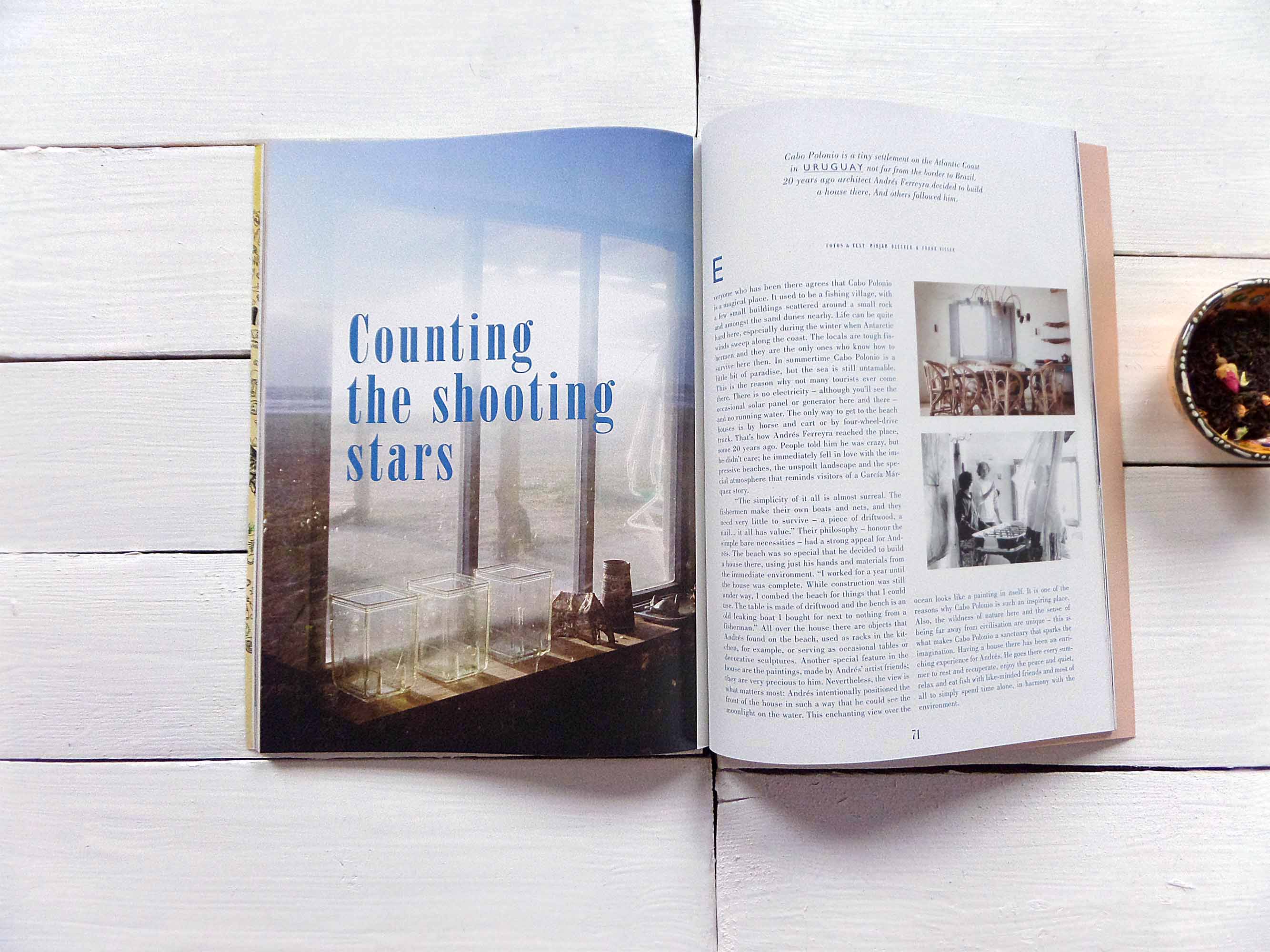 The Weekender (Issue No. 16/2015): My favourite world-escape magazine this time features two dropout stories that will stay in my mind for a while:
1. A Dutch Family that moved to a little place in Portugal to live in a Yurt. When I read the article it turned out that I know the area pretty well, it is a stone’s throw away from where I married last year. Maybe I already met one of the family members when strolling around the cork oak-bamboo-eucalyptus forests or caught a wave on the beach with them… Is life not all about coincidences?
2. An artist spending half the year (the summer months) in the little village of Cabo Polonio on the Atlantic coast of Uruguay in a house he built mostly from things he found on the beach. Because of massive sand dunes Cabo is only accessible by foot, horse or 4×4. So, the perfect place for world-escape.

Leave A Comment for Leaving luggage behind: My spring books